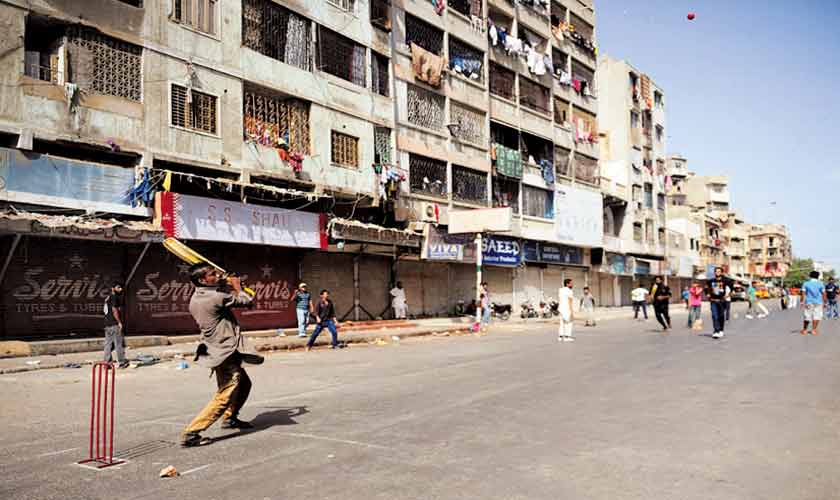 Development through sports: an opportunity wasted

The world of communication has gone through a revolution with the advent of social media. The attention span of readers has diminished, yet written words have their sanctity and they become part of archives when published in books and credible media.

‘The News on Sunday’ has been in the forefront, publishing and bringing on record various articles on sports written over the years to educate the sports enthusiasts and provide guidelines to policymakers for bringing sustainable sports development in the country.

In my various published write-ups I tried to cover both sports for development and elite sports development so that policymakers, general sports enthusiasts and specialists related to the field of academia can be benefitted.

In this article, I shall revisit a few of my write-ups and refer to them as a reminder to the policymakers and our esteemed readers so that they can see for themselves how sport has grown in our system and what impact it has made so far in overall development strategy in the country over the years.

My write-up “Role of Sports in Nation Building” was published on 05 Feb 2012 in which I made an effort to highlight the role sports play in the overall nation-building process. Examples were cited from various leaders of the countries who effectively used sports in their development strategies. I quoted the King of Bhutan who said, “The Gross National Happiness is more important than GNP therefore happiness takes precedence over economic prosperity even in the worst of economic crises”.

I wrote that sport is not a standalone activity which is an individual’s responsibility but a collective national responsibility that can only be developed with the resolve of top leadership. I wrote that sport is a goldmine of occupational skills to access the labour market as one of the very unique assets in the present global economy for a country like Pakistan. I quoted Pierre Nkuruziza, President, Republic of Burundi, who said that in recent years in Burundi sports have become a truly unifying element.

On 08th June 2012, ‘The News on Sunday’ published an article titled “Sports as Means to Curb Violence”. Besides Sports for Development & Peace International Working Group working which was established under the patronage of the UN Development programme to articulate sports policy recommendations for governments to integrate sports and physical activity into their domestic and international development strategies. Examples were cited from Kenyan Women Cricketers the Maasai Cricket Warriors, who used cricket to curb violence in their society.

On 29th April 2012, the article “Sports & Conflict Resolution” was published and a related article “Sports & Emotional Quotient” appeared on 21st October 2012. In these articles, I mentioned how great leaders of the world including Chairman Mao of China, Nelson Mandela and Coubertin used sports in the face of crises to shape the destiny of their nations but unfortunately, our successive leaderships including that of the PTI failed to capitalize on the strength of sports.

Besides writing I was undertaking a few initiatives on the ground in my humble capacity. Great friends like triple hockey Olympian and World Cup winner late Mansoor Ahmad joined hands and we launched a programme in SKY school associated with Pakistan Baitul Mal and a Girls High School in G 10 sector of Islamabad. The findings and impact of this programme were shared through the article “Using Sports to Erase Trauma” because most of the children in SKY school were those who lost their parents during the war on terror in the Afghan war or Swat operations. It was an amazing experience as we came across children suffering from various psychological disorders like panic attacks, depression, anxiety and posttraumatic stress and observed how sports helped these children come out of such grave situations.

I had also been observing the sports policies and other sports for development initiatives going on in our immediate neighboring countries like India. I shared a detailed write-up on India`s Khelo India programme and my article “The Magic of Sports” published on 20th April 2014 was regarding the famous Indian Sports for Development initiative popularly known as Magic Bus which is using sports to bring the much needed social change in India.

The effort was not restricted to the field of Sports for Development as several articles were written in the area of general fitness, highlighting gaps in the development of individual sports, sports psychology and physiology of sports. In November 2009, “Revisiting the National Sports Policy” was published followed by “University Sports in Pakistan” on 19th Feb 2017. Before the Tokyo Olympics, I wrote “Developing Elite Sports Pathways” in August 2019. This write-up unfolded the universally recognized SPLISS model of national sports development based on 09 pillars for developing elite sports in any country which is serious in developing its sports.

In my write-ups the primary focus has been on developing grassroots sports activities as a firm base through well-thought sports education & community-based sports programmes without which it’s not possible to launch elite sports initiatives.

When the PTI government came in power and Imran Khan became the Prime Minister the entire sports fraternity was overjoyed. We all thought that good days have come to the country’s sports and there would be visible improvement in sports indicators. Though I had my reservations regarding Khan’s approach towards sports development that I expressed candidly in my article “Johan Koss & Imran Khan” published on 03 June 2018, yet I was optimistic that Khan would view sports as a human-intensive industry and come up with an inclusive sports policy.

My article “Sports & Ten Million Jobs” published on 03 June 2018 spelled the way how a massive job market can be offered to jobless youth in Pakistan willing to be part of the sports industry, provided it is viewed as such. I was hopeful when the Ehsaas programme was launched and wrote “Ehsaas, Sports & SDGs” on 29th September 2019, spelling the measures for policymakers to integrate sports in the overall human development initiatives.

I am sorry to say that my reservations proved correct and we witnessed total chaos on the sports scene of the country. The leadership had lofty ideas of sports development and instead of bringing out a well-thought sports policy based on short, medium and long-term strategies the PTI leadership dismantled the existing system with a stroke of a pen thus bringing thousands of sportspeople working in various departments on the streets.

If you ask me personally I am not in favor of departmental-based sports because it’s an impediment in developing a professional sports culture. The departments should instead come in sponsorships, develop sports infrastructure and patronize sports programmes under CSR initiatives but for this our sports policy and sports institutions are not geared up. Nor have the provinces developed their capacity to execute such decisions.

Developing a comprehensive national sports culture is an uphill task that requires knowledge of interrelated fields. Mere cricketing sense is not sufficient to guide this massive boat which has immense potential to open gateways of jobs for youth. It has the potential to rise above the gain of a few medals and trophies. Sports can make or break nations, communities, cultures and individuals. Sports breed tolerance in polarised societies. It brings pride and a sense of nationalism. We can only hope and pray that someday some governments and some leaders shall truly recognize the potential of sports in the process of nation-building and not waste the opportunity to capitalize on it as done by PTI. (Courtesy thenews.com.pk) 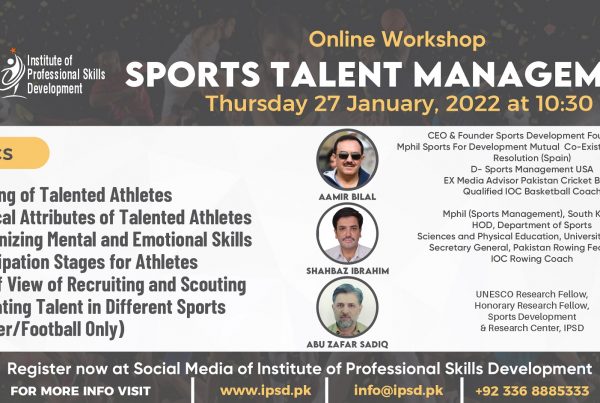 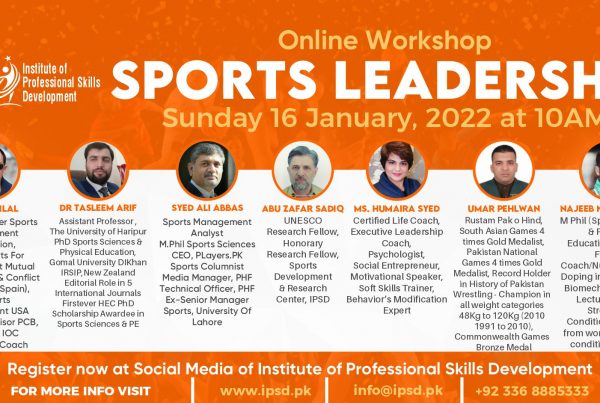 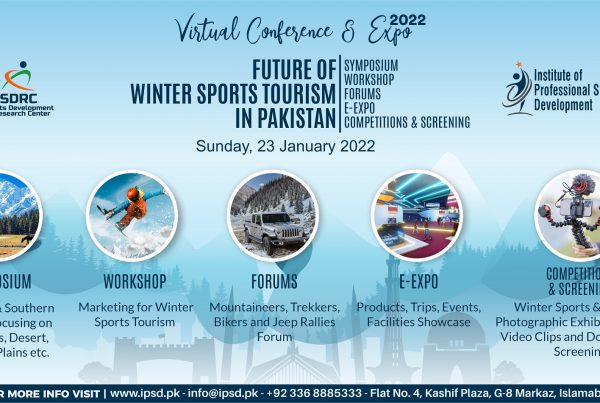