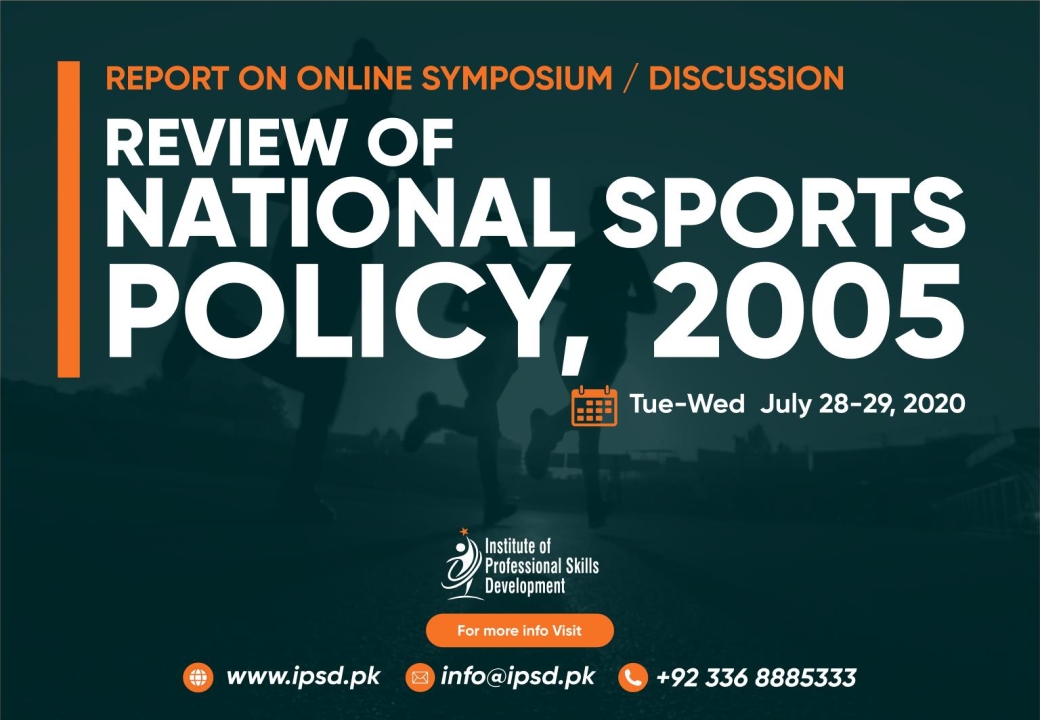 BACKGROUND:   Institute of Professional Skills development is an institution established to enhance knowledge and develop skills in various professions. It has established sports development research Centre to create an awareness about importance of professionalism and encourage research and innovation in sports and physical education. It is continuously holding seminars, symposium and workshops on various aspects of sports development. Considering the Review of National Sports Policy, 2005, a two-day online symposium was hosted on 28-29 July, 2015. The key stakeholders i.e. representatives of NSFs, Academia, Sports Management, Government and Pakistan Olympic Association were invited. The distinguished panelists & keynote speakers are: 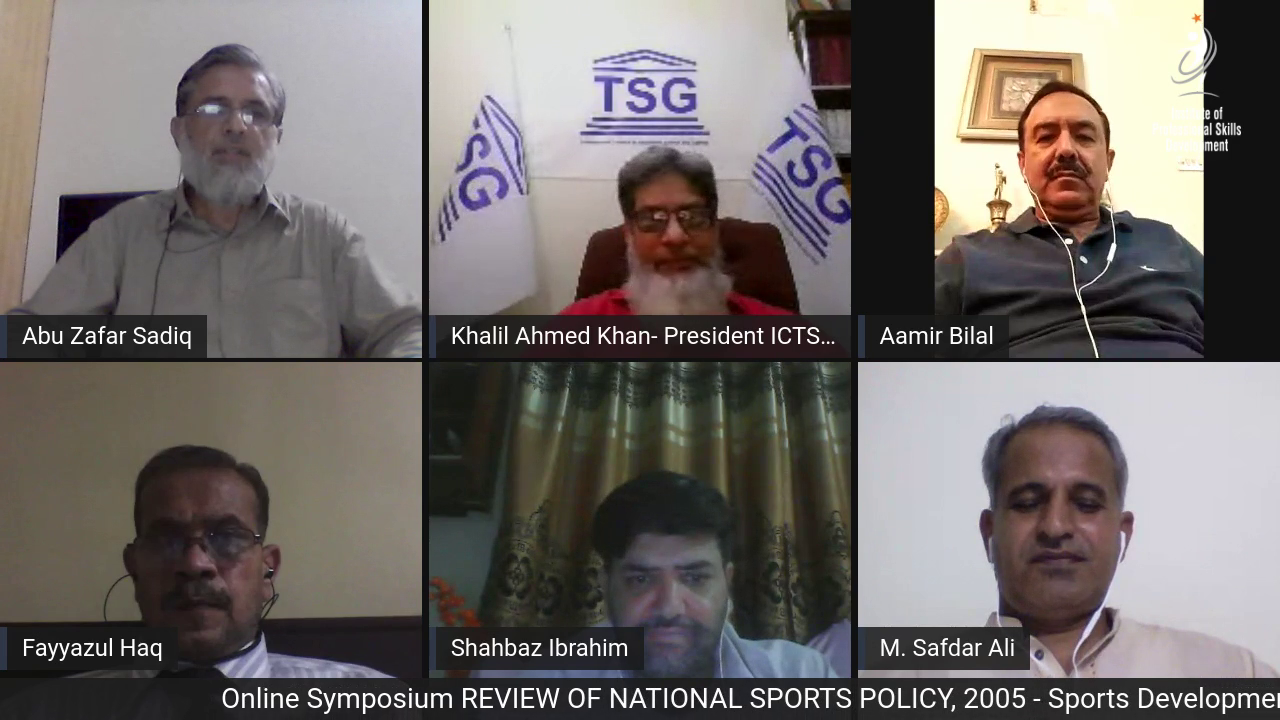 Fayyazul Haq   :  The moderator invited Mr. Fayyazul Haq to share Government’s vision and views on Review of National Sports Policy. Mr. Fayyaz at very outset thanked the host for providing this opportunity to discuss review of sports policy. He while giving background held that Sports Ordinance, 1962 informed that it empowers Government to regulate and control the sports in the country and Pakistan Sports Board and Pakistan Cricket Boards have been established for the purpose. In order to improve the sports development, National Sports Policy, 2001 and its revision was revised in 2005. He apprised that PSB’s Executive Committee in its meeting held in June 2020 decided to revise the Policy. The issue was also taken in Sports Coorination Committee headed by Federal Minister and comprising all provincial sports ministers as members. The provincial ministers have been requested to give their input with regards to review of existing sports policy. He also informed that a draft is under preparation which would be shared with the stakeholders for their input.

He also held that with the passage of time, the sports policy needs to be reviewed in order to align it with the modern needs, particularly re-defining the role of key stakeholders in post- devolution scenario. During the discussion certain questions were raised about the incentives to athletes which were replied by Fayyazul Haq highlight salient features of the Athlete reward policy and support to elite sportsperson by the Government.

He assured that the outcome of this symposium shared with the IPC Division would be taken into consideration while reviewing the policy.

Amir Bilal :  He presented briefly an account of sports policy since 1967 and highlighted the challenges being faced till now. He presented a comparison how Pakistan has gradually declined its position in medal tally of Asian Games and other countries improved their ranking. He told that in Asian Games, Jakarta, 1962 Pakistan was 4th in ranking and whereas India was 3rd and in 2018 again Asian Games, Jakarta Pakistan stood 34 out of 37 whereas Macau, a tiny country was in better ranking. He held following reasons for such decline:

During the discussion, Mr. Aaamir Bilal also stressed the need of developing Code of Conduct, Private Public Partnerships, and inclusion of Sports development in CSR programs and enhance collaboration among the stakeholders.

Mr. Shahbaz Ibrahim invited attention towards nine important pillars which are required to be kept in mind. He explained that for a successful policy we need to see the input, through put and output.

Mr. Khalil Ahmed Khan taking discussion further stressed the need of bringing on board the stakeholders so that the implementation of policy could be ensured. He examplfied by referring the case about issuance of NoC for participation abroad is delayed as the clearance is not received timely from Ministry of Interior. Similarly, there is a need to widen the scope of incentive for medal winners. The lower ranking games winners such as South Asian Games are rewarded with cash award whereas Asian level Games like Asian Martial Arts Games are ignored. Mr. Khalil also stressed the need for making sports as a part of curriculum at school level. He qouted the example of Philpine in this regard. He also stressed the need of revival of traditional sports and games in the policy.

Mr. Safdar Ali, held that sports policy should have focus on athlete development. All the stakeholders should pay attention towards athlete development. Even limited resources can bring more benefits, if we are sincere and dedicated to our mission. He stressed the need of sports education and need of research and innovation to improve the standards of sports in the country. Further, the role of educational institutions need special attention to develop culture of physical activity and sports development.

The moderator opined that due to devolution, there is a need for review the role of key stakeholders not only at the provincial and district governments but also there is a need to take on board Federal Ministries and Education, Heritage & Culture, Health etc. He also held that there is a need to have interface of sports and physical education at national policies. There is a need to view sports as a tool for peace & development. Tourism, publicity diplomacy and so on. The discussion continued for two hours and concluded that there are a number of issues related to sports policy required in depth discussion. There is a need to have a critical view on the current policy which would be discussed on 29th April. He referred policy documents of India, Ireland, South Africa and Turkey where grass root level sporting and recreational activity, physical education, research and training, elite sports development etc. needs our attention to see what is missing in our policy and how content of policy can be structured. 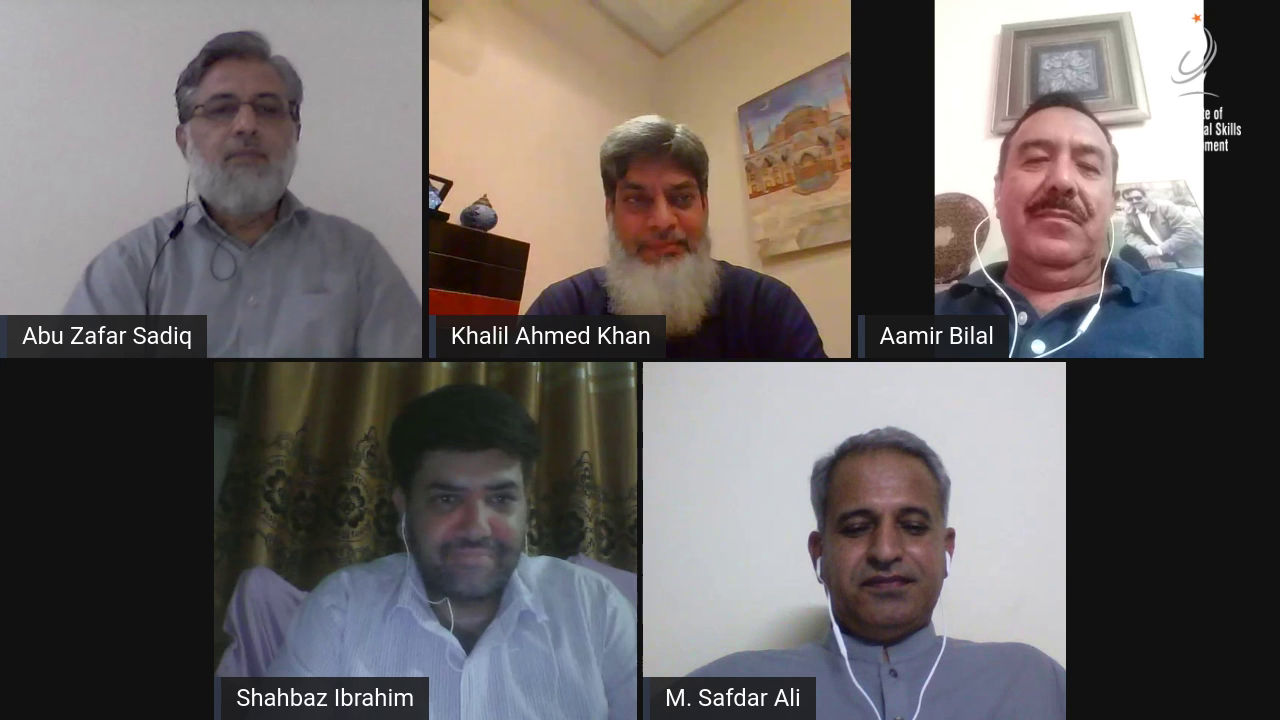 The discussion started with the brief recap of the yesterday’s proceedings and a quick glance over the content of the current policy by the moderator and guests were invited to comment on.

Mr. Aamir Bilal also having a quick glance at the important aspects of policy held that the current sports policy does talk about sports development at grass root and role has been assigned to provincial and district governments but there does not appear implantation. He reiterated importance of sports at grass root level and achieving medals is automatic outcome of such development. Therefore, thinking that national sports policy would only focus on elite sports development would not be an ideal policy. We need to understand the importance and role of sports for development i.e. social cohesion, life skills and many other facets. The current policy does not seem professional one and discusses the issues at tactical level and strategic elements are missing. He invited the attention towards missing components like goals, objectives, monitoring mechanism etc. He referred the Code of Conduct of the Indian sports policy which provides guidelines to improve the governance in sports organizations. About public affiliation, he pointed out that public affiliation would not be expected as the departments like WAPDA, SNGPL dealing with poor perception of consumer services extended to public. He said that there is much more need to have affiliation of parents with the sports so that they could facilitate their children for sports. He also invited the attention of the house towards role assigned to Ministry of Education to monitor the implementation of sports policy in educational institutions.

He stressed the need of broad based consultation of the stakeholders. In addition, best sports models and practices can also serve guiding principles for policy formulation.

Mr. Khalil Ahmed Khan held that the policy could not be implemented and concerned authorities remained focused on implementation of the tenure restriction clause. Rest of the elements were never implemented. The policy does not speak about athletes, coaches, PWDs. Further, the cash reward is given to a lower level sporting competition winners such as South Asian Games and Asian level games like Martial Arts Games are missing. Similarly achievements at World an Asian Championships organized by International Sports Federations are also not recognized. He quoted the examples of nearby Asian countries like Iran where States takes responsibility to bear all the cost of athletes for rest of the life who win Olympic medals. He invited the attention of the important aspect of anti-doping in the policy. He held that policy does not recognize the power of sports which leads to harmony and peace.

Mr. Shahbaz Ibrahim stressed the need of wider consultation and taking on board all the stakeholders while reviewing the policy. The input of subject experts is also required for the policy and relevant experts may be made part of the committee responsible to undertake task of the policy formulation. There should be reward and punishment mechanisms to encourage best practices and discourage malpractices in sports organizations. Also, there is should be some mechanism to more vigilantly watch the efficiency and effectiveness of public money released to national sports federations and other organizations.

Mr. Safdar Ali held that we should have positive approach. The challenges can well be converted into opportunities if we have passion for sports development. All the barriers would automatically remove, if we have pure intentions, dedication and will to work hard. He quoted his own experience how while his stay in Islamia University Bahawalpur improved the ranking in HEC Sports Competitions despite multiple constraints. Therefore, if we all stakeholder and the Government has will, we can achieve the higher goals and regain our lost glory at international level.

The moderator also held that there are many other aspects which needs discussion such as the process of review of policy, the need of evaluation of existing policy, undertaking studies on crucial issues, holding workshops, consultative meetings. The structure, format of the policy is also required to be reviewed on model of best practices like Ireland’s Sports Policy and other developed countries; even some of the African countries have more professional structure and content in their policies. Some other aspects like sports tourism, sports diplomacy, sports for economic growth etc. should also be explored to understand wider canvas of sports policy. Therefore, we need see the sports in wider perspective so that a comprehensive policy could be envisioned for which further detailed discussions on such topics are required.

Therefore, the speakers agreed to hold further discussions on such aspects for which a Online Seminar for wider consultation and more detailed discussion on different aspects of policy so that understanding could be enhanced and more clarity could be brought to review he policy. Therefore, in addition to current resource persons, other experts and stakeholders would also be invited. Mr. Jamil Iqbal agreed to host this Session on 22-23 August, 2020.

It is worth mentioning questions received through facebook chat were also replied by the guests and moderator. 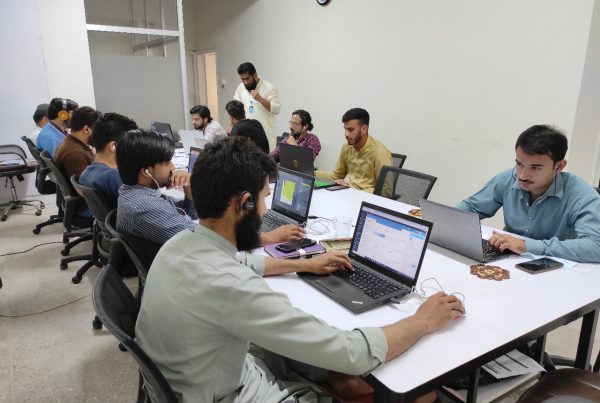 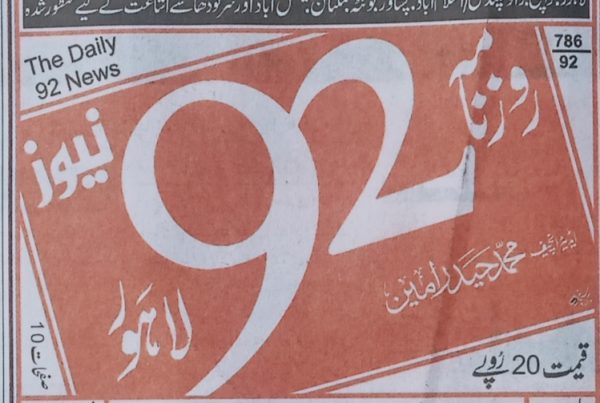 News Coverage of Seminar on Role of Sports beyond Sport Fields 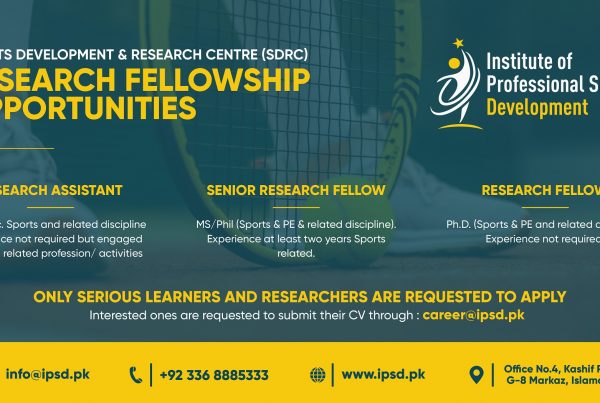